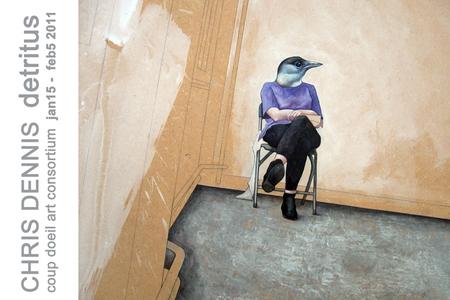 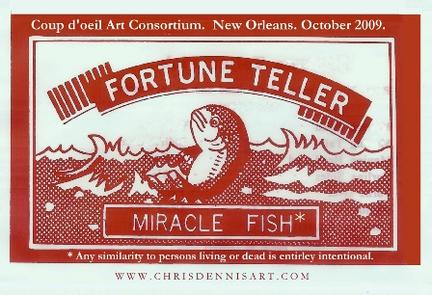 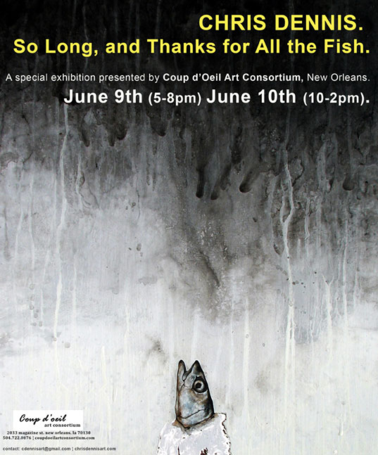 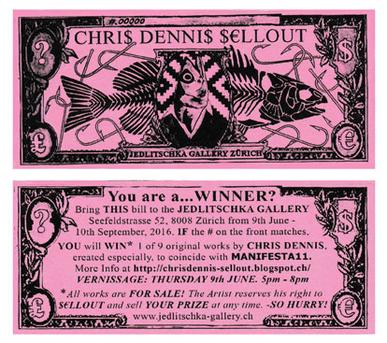 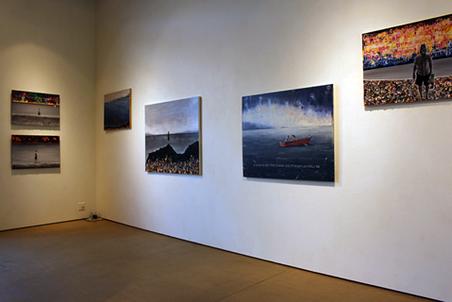 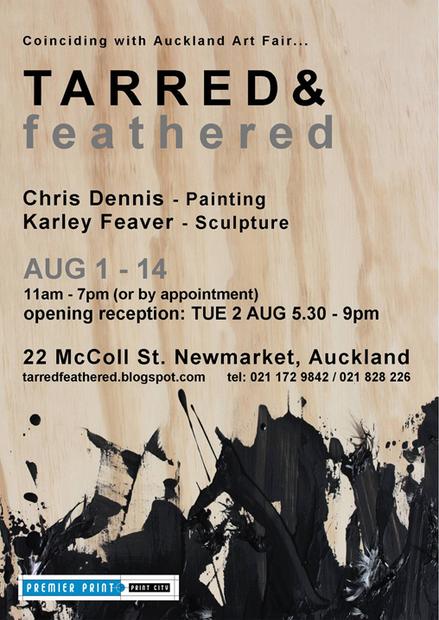 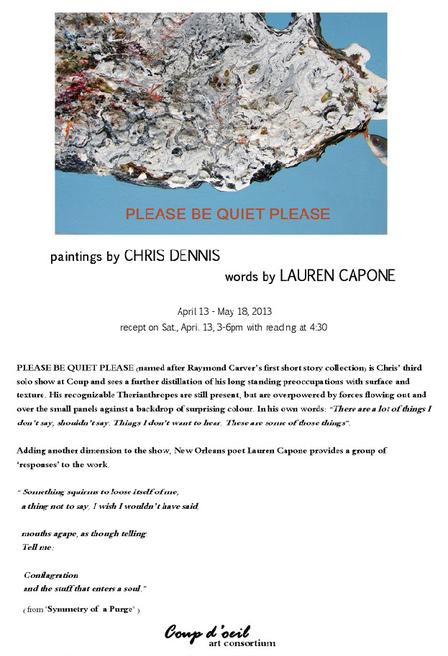 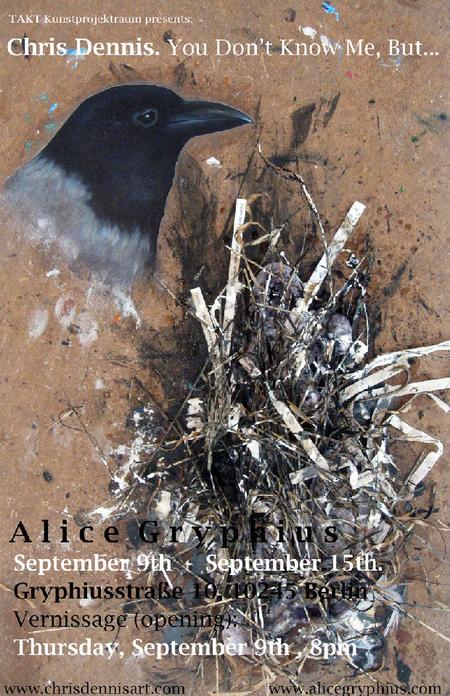 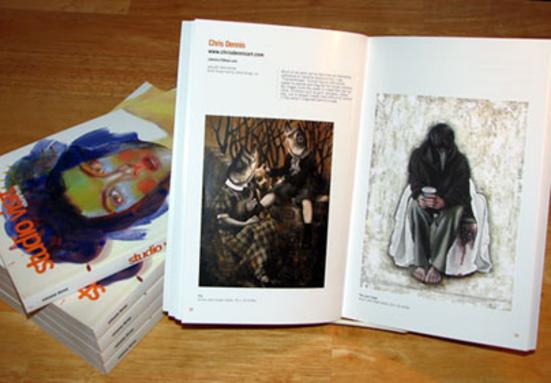 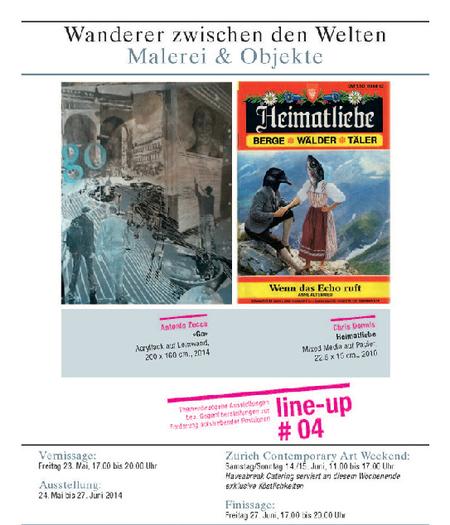 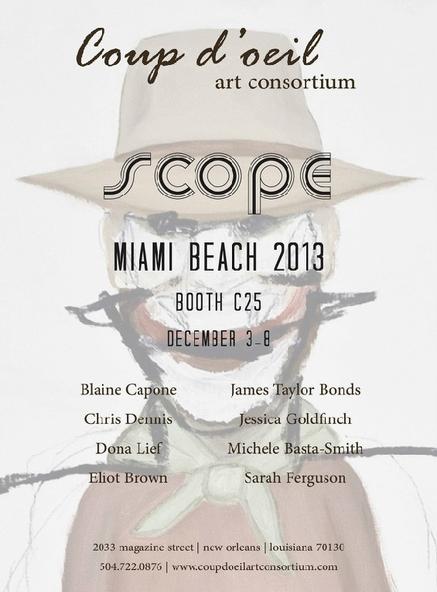 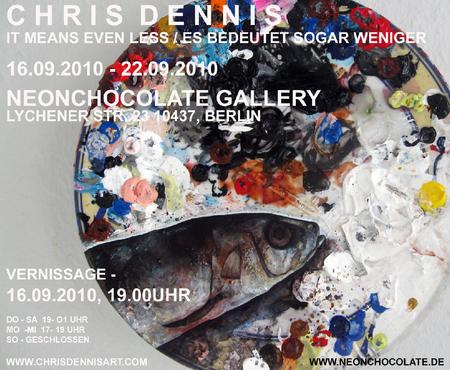 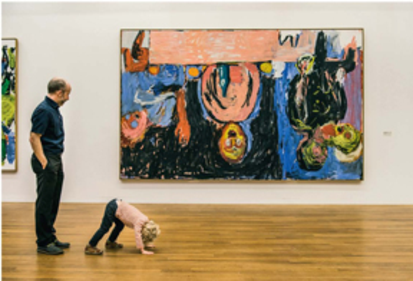 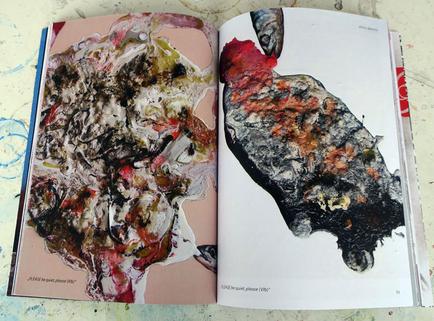 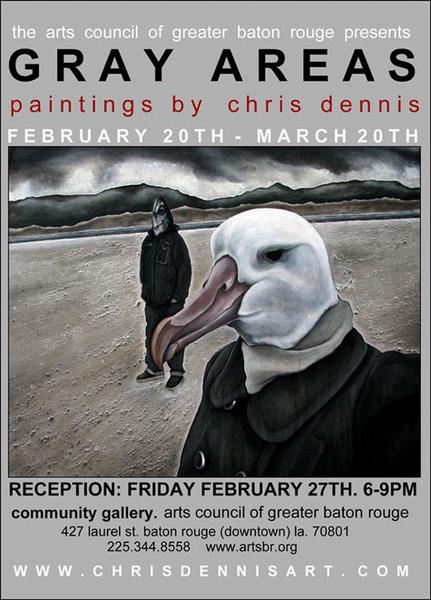 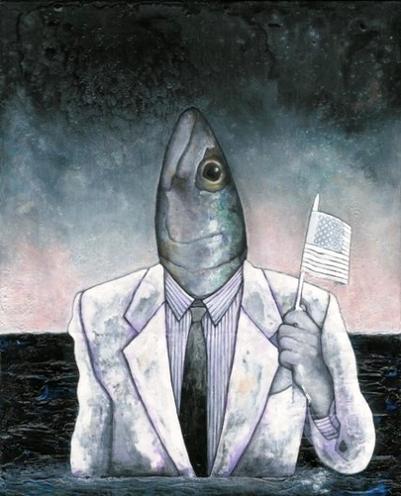 ​New news at the bottom of the page.

August 19th 2016. OK, I know this is weird but until I can figure out how to fix it, current news is at the BOTTOM.

The nice folks hosting my website, have decided to get rid of the software I used on my old site. This FORCES me to completely redesign a new one, by hand. I am trying to include the whole news archive, so if you can read this I guess it worked. Hopefully the painting section will be fully up-to-date (with a few clunkers removed) but for now, just hope for the best. As always check the BLOG for the most recent goings on.

This site will be getting a major overhaul and update soon. In the meantime, here are a couple of links -
Images of all the pieces and installation shots from the current show: MOTIF/MOTIVE at Jedlitschka Gallery, Zürich
can be found HERE. The show runs until MAY 21st, 2016.

More on the article in the in-flight SWISS AIR magazine is HERE.

My first solo-show proper in Zürich, opens at the Jedlitschka Gallery on March 31st, 2016.

The Press Release and more info can be found here.

I am happy to say, I am now part of the Jedlitschka Gallery stable and will be kicking things off with this interesting group show:

May 12. 2014
My first show in Switzerland opens on May 23rd, check out the blog or Jedlitschka Gallery for more info.

I have begun working with the Jedlitschka Gallery in Zürich, Switzerland.
To inquire about the availability of works in Europe, please contact the gallery directly.

Any return visitors may notice a slight overhaul and general cleaning up of the site.
I've uploaded 8 'new' images to the paintings page and given the pieces from my current show in New Orleans: PLEASE BE QUIET PLEASE their own page.
Oh, and if a couple of page buttons are still that horrendous ultramarine it's because I can't/don't know how to change it.

I have just started at Takt (artist resideny) in Berlin. I'll be here for 3 months. Check the Blog and see if I've done anything yet.

My solo show in New Orleans,

Gray Areas or Grey Areas (depending on where you're looking and who you ask) opens at the Arts Council in Baton Rouge, LA on February 20th and will be up until March 20th. The reception in on Friday February 27th from 6-9pm.

In January I took part in the Scope at the Fort Gallery in Oakland, CA . It was great to be back in the Bay Area. Pics from the reception are here. Liar's Chair & Eating Crow are part of the Kentucky National 2009 at Murray State University. I just received my copy of the catalog. It looks like it was a great show and I wish I could have visited.
Finally, I had my first opportunity to show in New Orleans at Coup d'oeil Art Consortium. I'm  looking forward to show there again soon and in the meantime if you are interested in any of the work you see here please don't hesitate to contact them.                 I'm clearly not that good at the updates so in attempt to do better you can maybe find more HERE or maybe over THERE*  .

*ha-ha, the THERE was myspace. Remember that?

I thought I should throw some 'news' up here before the year draws to a close.
Learn to Swim just arrived home safe and sound from the Clara M. Eagle Art Gallery at Murray State University. It was included in Think Tank, an international show of work exploring contemporary political issues. It was up for the duration of the Presidential Election and then we all breathed a sigh of relief.

"Brownie, you're doing a heck of a job."– President Bush, to FEMA director Michael Brown, while touring hurricane-ravaged Mississippi, Sept. 2, 2005.

"We finally cleaned up public housing in New Orleans. We couldn't do it, but God did." – Rep. Richard Baker (R-LA) to lobbyists, as quoted in the Wall Street Journal. Sep. 2, 2005.
____________________________
In Janauary, my work will return to Murray State University. Two pieces (Eating Crow and Liar's Chair) have been selected for inclusion in The Kentucky National 2009, A National Survey of the most intersting trends in Contemporary Art.

Volume 3 of Studio Visit has just hit the shelves. It is a Juried Selection of International Visual Artists from the publishers of New American Painting. My work is featured on pages 52 - 53.

'The Cruelest Meanest Person in the World' is included in the Angels & Birds Show at the Mezzanine Gallery in the Hotel Triton 342 Grant Ave. (@ Bush) San Francisco until May 14th. ore Info at www.artworksf.com .

Therianthropic was reviewed by  Alex V. Cook for the first issue of the Art Journal Sweet Tooth.

Therianthropic is my first solo show at the Baton Rouge Gallery since they accepted me as an artist member (yeah I know, that sounds like a euphemism).

It will be up until the 28th of Feb. The closing reception is February 27th from 7pm -9pm - Hope you can make it.
It was a privilege to be asked by Joni Davis to provide the artwork for her second album, A Bird's Heart.
THEY did a really nice job on the packaging. Go and buy it here. Go and see her live if you get the chance.
The original painting used for A Bird's Heart along with another piece called The Liar's Chair can be seen in March at the 20x20x20 National Compact Competion at the Louisiana State Univeristy Union Gallery.
The Liar's Chair won 3rd Prize.
Lots of new pieces will be added to this site soon, honestly.

July 20th 2007.
Yeah I know it's been a while. Since we last  spoke I was included in the 20th International Exhibition of Animals in Art, brought back a ton of inspiration
from Mexico and participated in "Baton Rouge's art event of the summer"! - Art Melt 2007.
Right now I'm really busy, getting ready for my first solo show in quite some time. It will be in October.
More details here soon.

December 10th 2006.
The Piece for the National Labor Federation Calendar is now in the other works section along with the painting I did for the American Culinary Classic that was auctioned in aid of the March of Dimes.
I have (had) several pieces for sale at redevise.com and my work can also be found at saatchi-gallery.co.uk and artremains.com.
Californian native, Joni Davis is currently playing shows in the UK. Her debut album for which I painted the cover is available here.
That's all for now.

The Piece for the National Labor Federation Calendar is now in the section along with the painting I did for the American Culinary Classic that was auctioned in aid of the March of Dimes. I have several pieces for sale at and my work can also be found at and . Californian native, is currently playing shows in the UK. Her debut album for which I painted the cover is available . That's all for now. Prints coming soon.

Thanks for visiting my new site, chrisdennisart.com. This site will be devoted to the current focus of my painting and will 'hopefully' be updated regularly, with new exhibition information and recent commissions.

August 19th 2016.
It seems I'm unable figure out how to continue from the top and have the page just scroll down to accommodate it.

My $€LLOUT PROJ€CT coinciding with MANIFESTA 11 is still in full swing.

The project will conclude with the finissage at Jedlitschka Galleryon September 10th.

There are still lots of chance to be a WINNER! Follow all the action HERE.

So I've been (back) in Berlin since October. Here's a pick from the art journal Pseudoscienza. The Surprize edition came out in December and included a couple of pieces from my please be quiet, please series.

I have a couple of things coming up here in Berlin and the Netherlands which will be a first. Check the blog for updates. 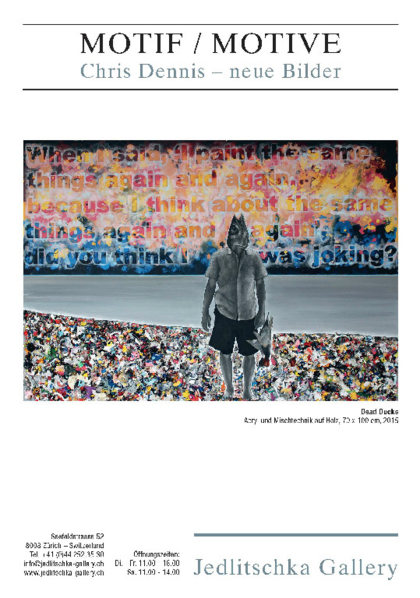 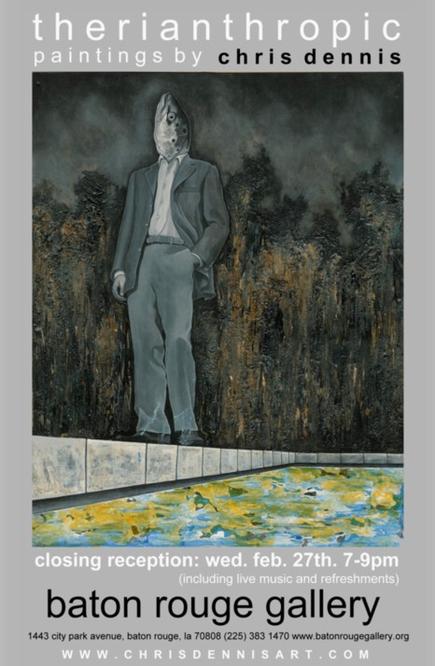 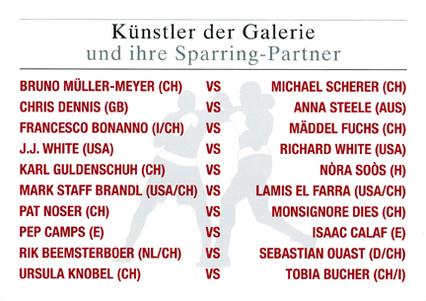 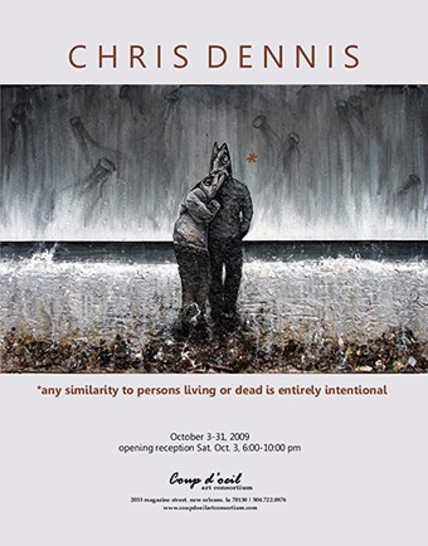 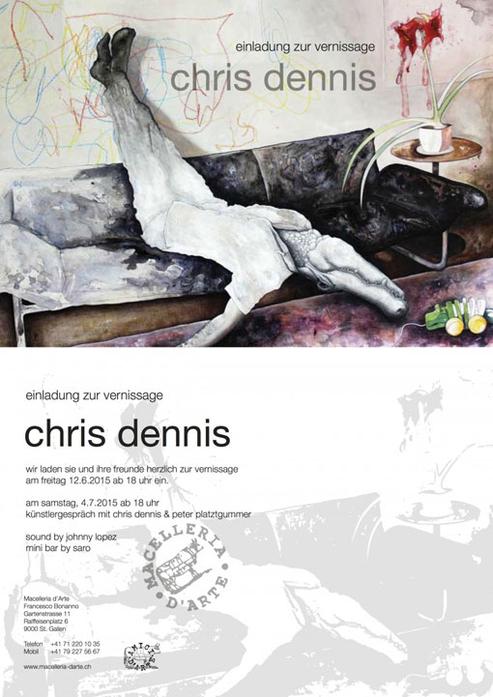 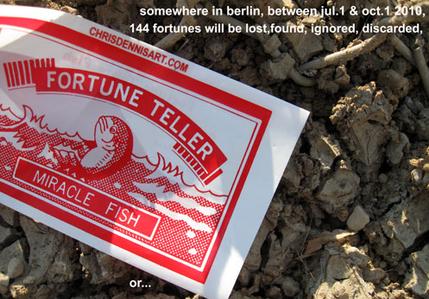 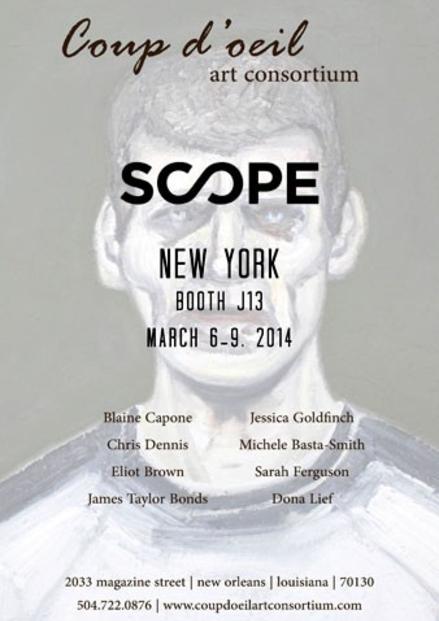